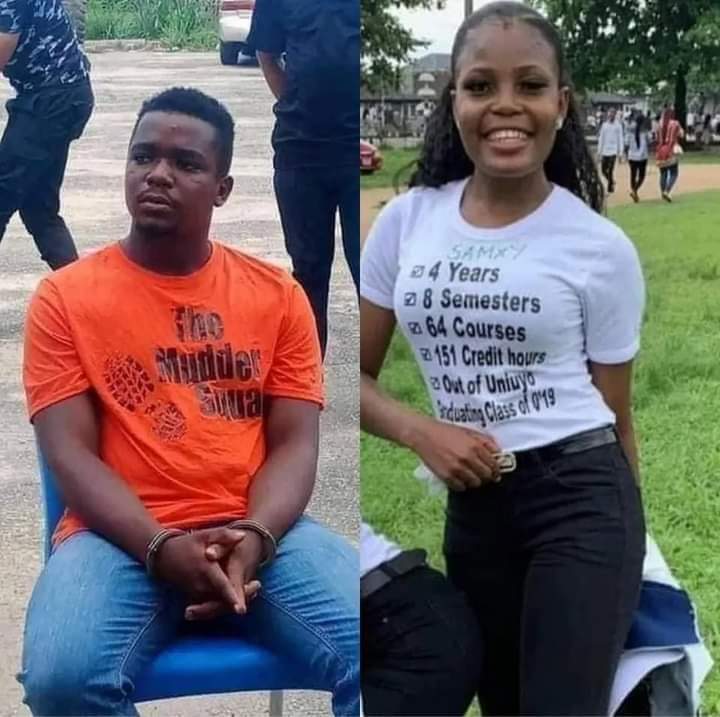 Uduak-Abasi Akpan had lured Iniubong Umoren out of her home with a fake job interview, raped and killed her in April in the outskirts of Uyo.

GRASSROOT REPORTERS had reported that he later buried her remains in a shallow grave in his (Akpan) family house where the crime took place.

Uduak-Abasi Akpan had in his confessional statement said:

“I first used condom to have sex with Iniubong Umoren and later removed the condom because I did not enjoy the sex. She became infuriated and I reached out to a stabilizer and a box iron and used it to hit her abdominal part and started to bled. I hit her again and she screamed. I used her jean trousers and strangled her and she became lifeless.”

Delivering judgment on Thursday, the court held that:

“The use of dangerous weapons such as a stabilizer and a box iron to attack delicate parts of the human body like the head is a clear pointer that death was probable the consequences of the action.”

The court however discharged and acquitted his father, Frank Akpan and sister, Bassey Anwan.

Our correspondent reported that the convict attempted to escape shortly after the judgment was passed but security operatives prevented him.