The APC had released the lists of candidates contesting for senate in the senatorial district, with the governor’s name boldly written, an indication that he bought the APC nomination form, despite also buying the presidential form.

Prof. Ayade denied buying the form himself in a statement by his Chief Press Secretary, Mr. Christian Ita.

Ayade said while his attention has been drawn to the purported purchase of senatorial nomination form in his name, those behind it did so without his knowledge or authorization, describing it as a distraction.

Mr. Ita had quoted the governor as saying:

“I make bold to say, and also reassure millions of my supporters across the country that I am in the presidential race to win and will pursue this ambition to its logical conclusion.

“I am currently engrossed in octane consultations with critical party stakeholders on how to clinch the presidential ticket of my great party, the APC and have nothing to do with a purported Senate form bearing my name”

GRASSROOT REPORTERS’ correspondent reports that in the APC primaries conducted today, May 28, the governor lost to Barr. Cecilia Adams who scored 140 votes. 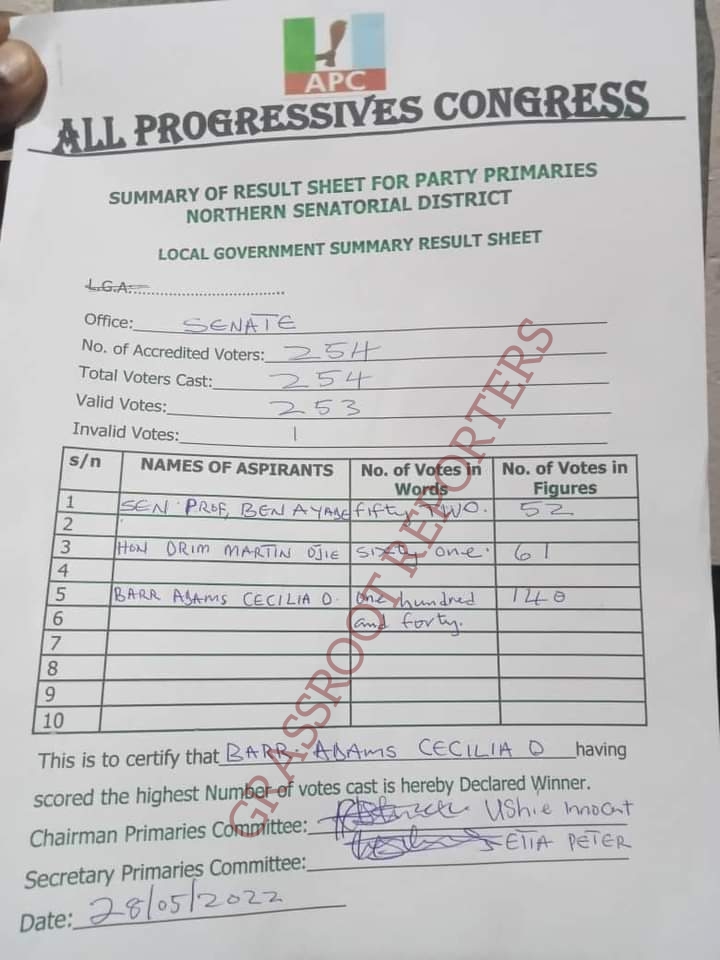 See video of the Returning Officer announcing the result