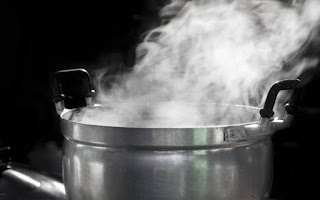 A middle-aged woman resident in Ekpan community in Delta State has been arrested by operatives of the State Police Command for allegedly pouring boiled water on the breast of her own daughter, Nwankwo Merit.

The name of the suspect was yet to be ascertained as of the time of filing this story.

But the Delta Secretary of the Centre for the Defense of Human Rights, Israel Joe, stated via his Facebook page on Saturday, that the Divisional Police Officer, Ekpan Division, Bulus Musa, assisted the CDHR in arresting the woman.

Joe disclosed that the ugly incident occurred on the 7th of January, 2022 while the CDHR had to wait until the girl was discharged from hospital on Friday, before taking action on the arrest of the culprit.

Joe commended the DPO for partnering the CDHR in the efforts to seek justice for the young girl.

Speaking further, Joe said, “I similarly drew the attention of my senior comrade, Pastor Egedegbe Edewor, to the incident and he reported it to the Commissioner for Women Affairs, Delta State, who detailed the welfare officer of Warri to accompany us for the arrest.

“We led a team of Police from Ekpan Division to arrest the suspect this morning (Saturday) and she is cooling off right now at Ekpan Police station.

“Thanks to the Delta State Commissioner of Police, Ari Mohammed Ali, DSP Benedicta Okafor and other members of our team who assisted this justice move”.

The police public relations officer for Delta State Command, DSP Bright Edafe, could not be reached for comments on the incident.