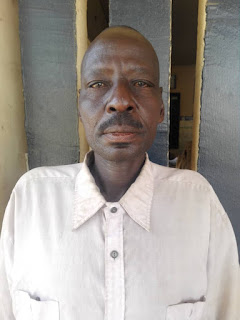 A statement released by DSP Suleiman Nguroje, says the suspect, Muhammed Alfa, a resident of Lande B Village, Gombi local government area, allegedly stabbed his late ex-wife, Hamsatu Muhammad, with a knife after a little argument that resulted in ”divorce and separation’.

Angered by her action, the Suspect used knife and stabbed his divorced wife and mother of his children on the neck,as a result of which, she fell down, became unconscious and was rushed to the Hospital where she was confirmed dead,”Nguroje said.

The police spokesperson added that the suspect was apprehended by the Police in Gombi Divisional headquarters, following a report received from one Jauro Babangida Boka a village head. He said investigation so far reveals that the suspect had eight children with the deceased before the ugly incident.

He added that the state Commissioner of Police CP Mohammed Ahmed Barde, psc(+) has directed for discreet investigations into the matter and equally advised members of the public to avoid taking laws into their hands. He added that the police boss has also ordered the immediate prosecution of the suspect so as to serve as a deterrent to others from doing likewise.