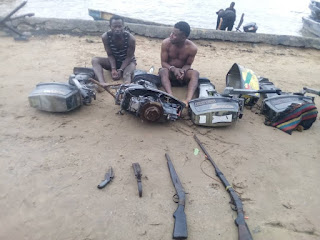 Spokesperson of the command, SP Odiko Macdon, who dsiclosed this in a statement on Tuesday, November 9, said the suspects were arrested following complaints about sea pirates in some parts of Akwa Ibom State waterways.

“His confessions caused the DPO to lead a joint team of Police Operatives and the Nigerian Navy, Forward Operation Base, Ibaka to arrest one Joshua Ezekiel a.k.a “Gogo” m’ of Andoni L.G.A, Rivers State, but residing at Esuk Ewang in Mbo L.G.A,”

SP Macdon said the suspects conspired with other members of their gang, now at large, in separate robbery operations.

Other exhibits recovered from the suspects include, three stolen 9.9HP Suzuki Outboard Engines, one 40HP Yamaha Outboard Engine, one itel phone and two bottles of concoction.

“While efforts are ongoing to arrest other fleeing gang members, the suspects will be charged to court at the completion of investigation.” the PPRO added. 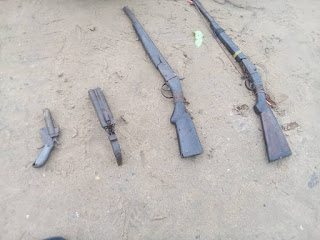 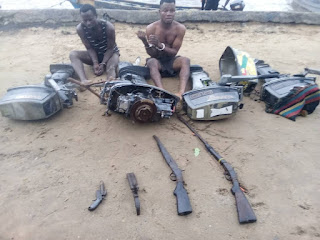