OPINION: CROSS RIVER STATE IS NOT A THEATRE OF POLITICAL COMBAT, SAD SPECTACLES AND INJUSTICE MUST NOT DEFACE OUR REALITIES: LET THE SOUTH TAKE HER TURN By Vincent Effiong 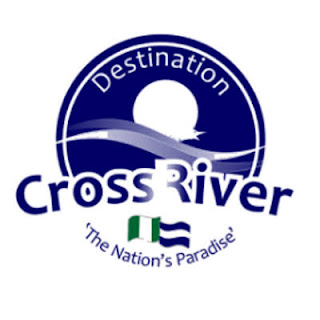 The issue of zoning political offices within the respective political parties has generated so much furor in Cross River State recently, that an x-ray into our political journey and peculiarities have become imperative and abundantly necessary.

Aside the component units that make up our political system, ethnic affiliations play major realistic roles in the Nigerian society such that its significance transcends into our individual political culture. This reality has equally necessitated the “Federal Character” principle enshrined in the Nigerian constitution – where every segment of the country must be represented in governance. Accordingly, any individual challenging a zoning/rotation arrangement is effectively opposing the coexistence of the society he finds himself; such would have to establish a constitutional ground that supports his/her subscription to political hegemony. The zoning of political offices has  been upheld in our national politics over the past two decades of democratic era, especially in the legislature and the executive arms, with a reasonable relation between the end sought to be achieved by the regulation and the means used to achieve that end.

The system of zoning was first introduced into Nigerian politics by the National Party of Nigeria in the Second Republic. The nexus of this development rested on the heterogeneous nature of the Nigerian State. NPN thought of developing the concept and to assure every member and every segment of Nigeria that the exotic office of the president would one day come to their area or zone. And this is the reason all political conferences that took place after NPN, the idea of zoning kept coming up in such conferences and have been adopted by some conferences as a provision in the Nigerian Constitution. Under (Gen.) Sani Abacha’s constitutional conference, 1994/1995, it was recommended and the military accepted that zoning should be incorporated into the constitution of Nigeria. Since 1999, all the federating units have benefitted from the rotational politics – presidency and principal offices within the National Assembly.

CROSS RIVER STATE AND THE POLITICS OF ROTATION

Before the emergence of democratic era in 1999, two districts out of the old Cross River had developed a working document known as the  “Calabar-Ogoja Accord of 1980” for an equitable allocation of values across the two Senatorial Districts of Calabar and Ogoja. Much have been said about the application of the Calabar-Ogoja Accord to the present political permutations of the State, both from the supportive and opposing ends. While a few elites from the Southern Senatorial District of the State take bearing from the provisions of the accord, others from the Central Senatorial District question its application, pointing to its obsoleteness, which rests on the fact that “signatories to the accord are dead, so the accord is dead”.

Can we also say the Nigerian Constitution is dead, based on the fact that some of those who drafted the constitution have passed on? Whether we argue for or against, either which, we must recognise the fundamental elements upon which the accord was based and the set of people it was made for:

1. The Accord was made by/for the people of Ogoja-Calabar Senatorial districts.

2. The sharing formula was basically for the two senatorial districts.

SO WHAT HAS CHANGED?

The addition of new extra senatorial district to the existing two districts during the state creation to make the present day Cross River State. Notably, THE NEW SENATORIAL DISTRICT WAS CREATED OUT OF BOTH OGOJA AND CALABAR. Logically, it would not be out of place to conclude that nothing has changed; this, therefore reveals the arrogance and rudeness in referring to the Accord as an obsolete material that should be cast to the bins of history.  Until an alternate document is made, the Calabar Ogoja Accord remains a useful document to reflect on our political history and the imperatives of coexistence.

Fast-forwarding to 2015, it was this same principle of zoning and rotation that saw the emergence of Sen. Ben Ayade of the Northern Senatorial District as the Governor of Cross River State. Why is the arrangement raising dust now that it is the turn of the South to produce the next Governor? Our neighbouring state, that ought to have been learning from us are already ahead in this peaceful arrangement. Equitable rotation of power has become their political culture. From 1999, the zoning arrangement started from the Uyo Senatorial District to Ikot Ekpene, succeeded by Eket; and everyone is already keeping an eye on Uyo Senatorial District to produce the next Governor in Akwa Ibom State, come 2023.

Zoning is not excessively restrictive; it is only a means of ensuring every Senatorial District have a fair share in government. There is no senatorial district in Cross River State bereft of a credible candidate for the governorship seat, why would one think zoning will bury meritocracy? We have coexisted through this path of peace. True peace is not merely the absence of war, it is the presence of justice. And we must tow the path of equity and justice. Opposing this fundamental principle with stream of logicality questions our conscience, and of course, knowledge which is divorced from justice may be called cunning rather than wisdom.

While others are utterly against zoning, some believe the rotation can begin from anywhere, haven gone round the three senatorial districts. From all justifiable moralities, such notion is heresy expressed in the most infelicitous amalgam. Should the next Governor come from the Northern Senatorial District who has just completed two term? Supposed a chorus NO serves the response, what would then make it an open contest if the northern senatorial district is excluded from the race? By 2023, Southern Senatorial District would have been out of power for 16 years – four years away from two decades, while the Central District would have reached 8 years by the same year. The elements of democratic zoning vis-à-vis; peace, equity, unity, political stability and justice have positive and significant effects on the growth of our dear State, we must not sacrifice this for our personal interest.

Cross River South comprises 7 Local Government Areas – the highest in the State. Aside this, two Local Government Councils serve  as the State’s capital and seat of Government; it will be a gross injustice to deny the senatorial district her turn in the power rotation.

Summarily, the nation at large is going through trying times in our political history, with embarrassing records of unrest glaringly attributed to marginalisation, unjustifiable form of distribution of wealth and income across geo-political strata. It is against this backdrop that all federating components must pursue justice and equity to forestall tensions and deleterious tendencies. The heinous move by some elements to deny the Southern Senatorial District a fair share of the power pie MUST be opposed by every well meaning Cross Riverian. CROSS RIVER STATE IS NOT A THEATRE OF POLITICAL COMBAT, SAD SPECTACLES AND INJUSTICE MUST NOT DEFACE OUR REALITIES: LET THE SOUTH TAKE HER TURN!