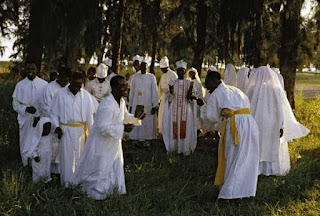 A source told our correspondent that the victims were taken away by unknown gunmen shortly after a vigil in the church.

The kidnappers after a few hours demanded N6 million ransom before their victims could be released.

According to the source who pleaded anonymity said, “The incident took place at Cherubim & Seraphim Church, Ona-Ara, Oju-Irin in Obada Oko in the early hours of today (Sunday) after a vigil on Saturday held by the said church.”

He said, “it should also be noted that the police had also warned members of the public from having vigil and religious activities in areas considered to be isolated and that if at all such places of worship want to have programme, they should inform the police so that police patrol could be extended to such area and adequate security provided.”