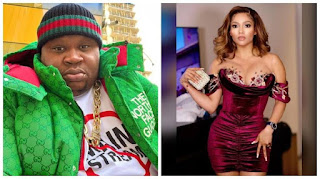 He told wives to “stay woke” because “girls like Maria are on the prowl, snatching husbands.”

He then claimed that Maria is dating his sister’s husband and that she went as far as sending his married sister threats to leave her husband alone for her. 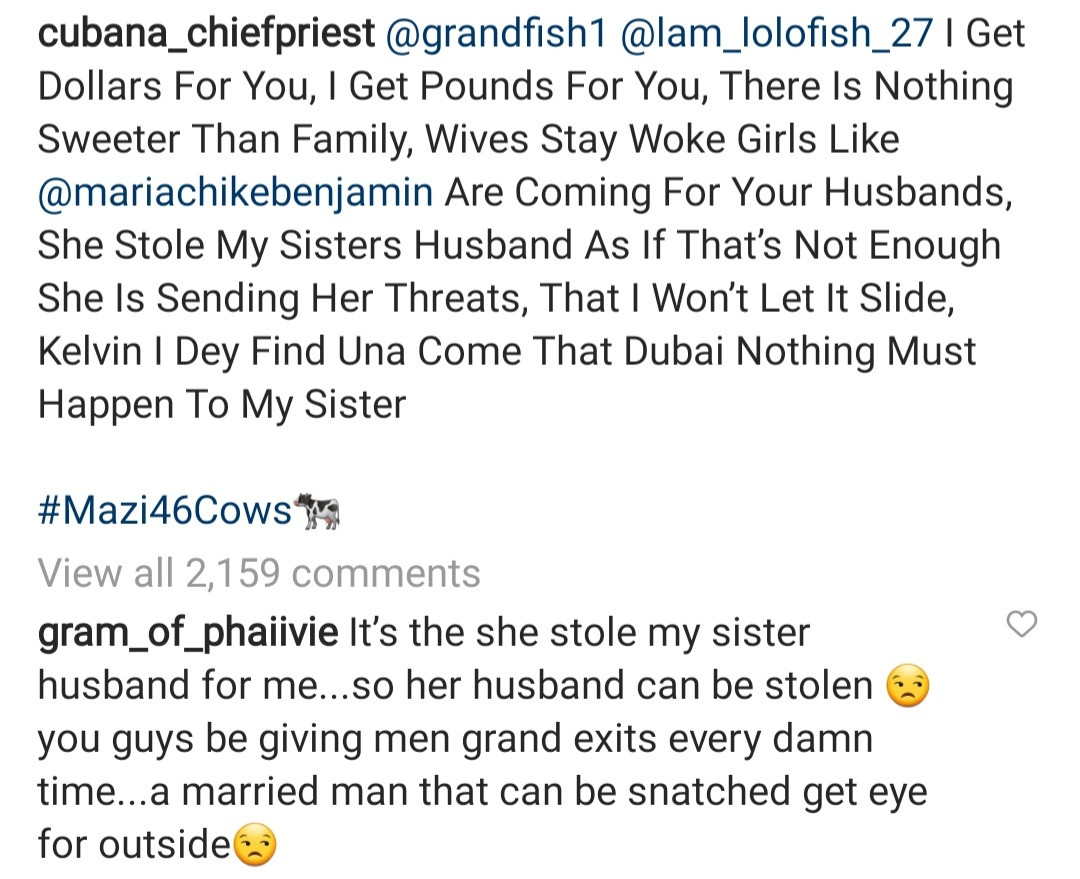 Cubana Chief Priest went further to share a video of Maria and a man he claims is his sister’s husband, Kevin, together in a bar. Kevin is seen covering his face in the video.

Cubana Chief Priest then addressed the said sister’s husband, Kevin, telling him that he’s covering his face in the video where he’s with Maria because of shame.

He also told Kevin: “All of us dey street. You no carry woman pass anybody but we never make home miserable for our woman to the point a side chic calls your wife to threaten her life.”

He then threatened to take action if anything happens to his sister. 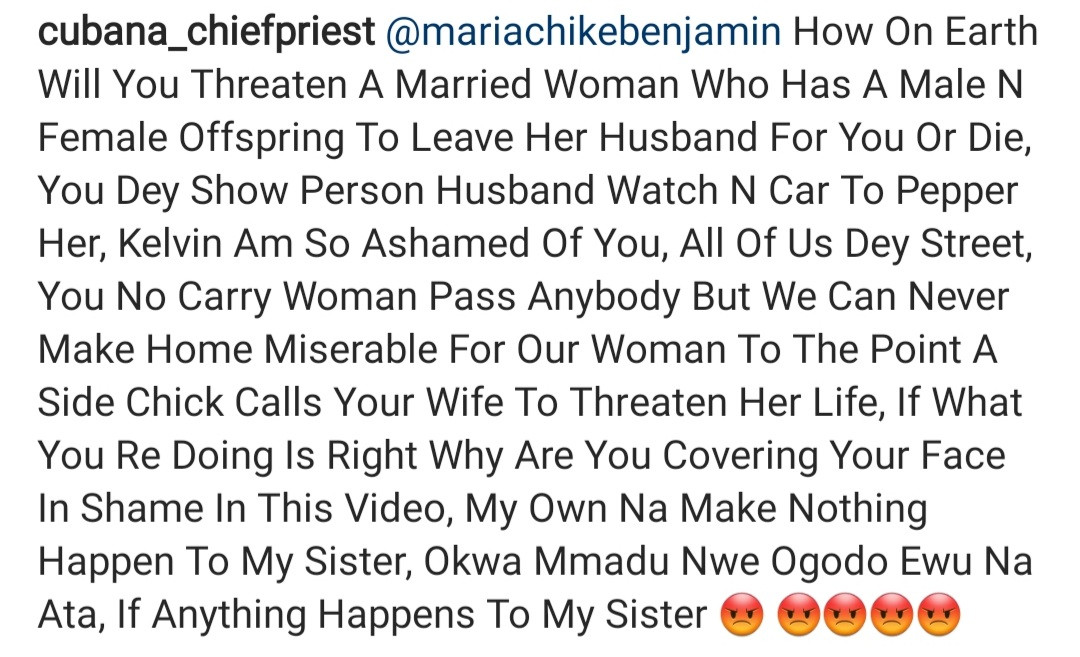