About De9jaspirit talent hunt
De9jaSpirit Talent Hunt is a show organized to discover and showcase amazing talents in the country Nigeria.
Interested contestants applied online, thousands of applicants were auditioned online and only 50 persons were shortlisted.
The contest took place in Calabar, Crossriver state and shortlisted contestants camped in the city.
Contestants were encamped in Calabar for a period of one week while undergoing rehearsals.
As time went on, contestants were evicted till winners emerged on the 26th of September 2021. Below are the winners of the first edition of De9jaspirit talent hunt.
SECOND RUNNER UP
Ikebudu Emmanuel aka Comedian slim saint. He is a student of University of Nsuka. He is from Anambra state. He got the passion for speaking and making people laugh from his parents. He was given the sum of 2 million naira.

FIRST RUNNER UP
Chrysolites Crew. They are a group of orphans and less privileges kids in Ibadan. They are well known for dancing and creative display.
They were given the sum of 3 million naira.

WINNER!!
Olatunde Constance, a native of Ekiti state but based in Lagos State.
She is awaiting admission but plans to go into the music career as her family are also musicians.
She is a talented singer/vocalist and she won the 10 million naira. 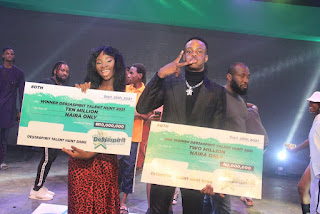 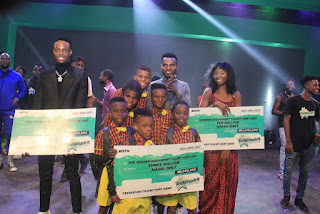 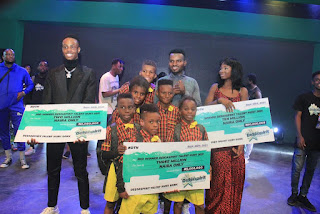 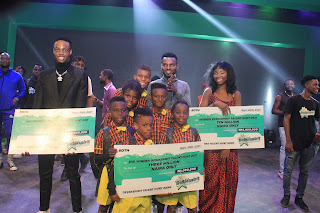