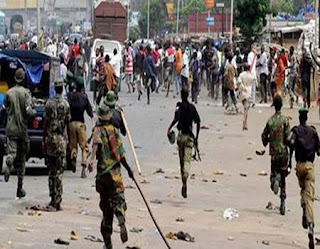 Inter Communal conflict between the communities of Itega Okpami and their Oba neighbours in Yala Local Government Area of Cross River State has left about five persons dead.

The crisis which is over swamp for the planting of rice started at about 4.00am on Wednesday morning with sporadic shootings from both sides.

A source from the area, Tony told Vanguard that the conflict has been brewing between both sides for some time until this morning when shooting began.

” Many houses have been burnt Five persons taken to a neighboring community for bullet wounds.

Ms. Irene Ugbo, the Cross River Police Command spokesman said a team of anti-riot policemen have been sent to the area.