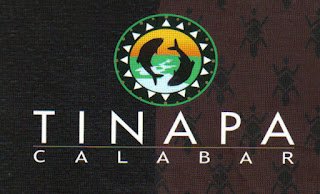 The General Manager (GM) of the Tinapa Free Zone & Resort, Dr. Francis Ekom, has revealed that the application of the concept of Intellectual Money popularized by the Governor of Cross River State, Senator (Prof.) Ben Ayade is gradually transforming and giving the Resort  an emerging new look.

Dr. Ekom who stated this recently in Calabar said that as a great student and follower of Governor Ayade’s school of Intellectual Money, he and his team have for three months now been applying the concept to give the resort a facelift by partnering volunteers and other support groups and bodies to carry out some renovations, repairs and beautification works beginning from a section of the facility with a view to expanding same to cover the entire resort.

He commended the Governor, Senator Professor Ben Ayade for not just schooling him and others in his reputed school of Intellectual Money, but also for the support and opportunity given him and his colleagues to serve the state at this time to bring about a turn around of the massive Tinapa Free Zone and Resort at the least cost possible, as well as re-inject economic life to the place.

As part of the current effort, metal barricades have been constructed at both the entrance and exit gates while the Security houses have received fresh coats of paint to enhance their aesthetics.

In addition to this, two Volleyball pitches have been have created as well as a scenic picnic spot for free use by interested members of the public, as way of encouraging foot traffic into the resort especially by young adults.

According to Dr. Ekom, he plans to bring the resort to some level of visitor readiness using the intellectual money concept before rolling out other measures that will populate the Tinapa Free Zone & Resort with operators, shoppers and visitors.

Meanwhile, pruning of overgrown tress and  shrubs are ongoing while awaiting the strategic support of the Ministry for Environment in this regard.

The resort which was constructed by former governor, Mr. Donald Duke has been a shadow of its old self as many facilities in the resort had broken down.