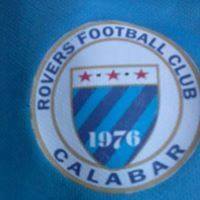 A philanthropist and businessman in Cross River State, Engr. Ben Akak has said that sports, especially football, should be a unifying factor among the various ethnic groups in the country.

Akak, who visited the management and players of the Rovers Football Club of Calabar in their camp in Calabar, said though the government was doing its best to maintain the team, prominent citizens of the state also had a duty to support the club financially and morally.
He regretted that Calabar Rovers, which was a household name in the past had gone down because of lack of support.

Akak, who donated N500, 000 to the club to assist in its participation of the FA Cup competition, promised that he would do everything within his powers and resources to support the club to reclaim its glory.
He promised to donate one million naira to the club if it wins the cup.

He solicited the support of prominent citizens of the state for the club to improve their performance.
He stressed the need to encourage sporting activities at the grassroots level in order to identify talented youths to participate in national and international sports competitions.

Receiving the money on behalf of the club, its General Manager, Mr. Ejim Ebam, commended Mr. Akak for the gesture.
He said the money would assist the players to participate in the ongoing FA cup competition.
The coach of the club, Mr. Bob Osim said although the club was faced with various challenges, it would do everything possible to win the FA Cup.
He thanked Mr. Akak for the donation and called on other public-spirited individuals to assist as the players were passing through a trying period.

I Wanted To Substitute The Whole Team At Halftime, Says Man Utd Coach After Humiliating Defeat